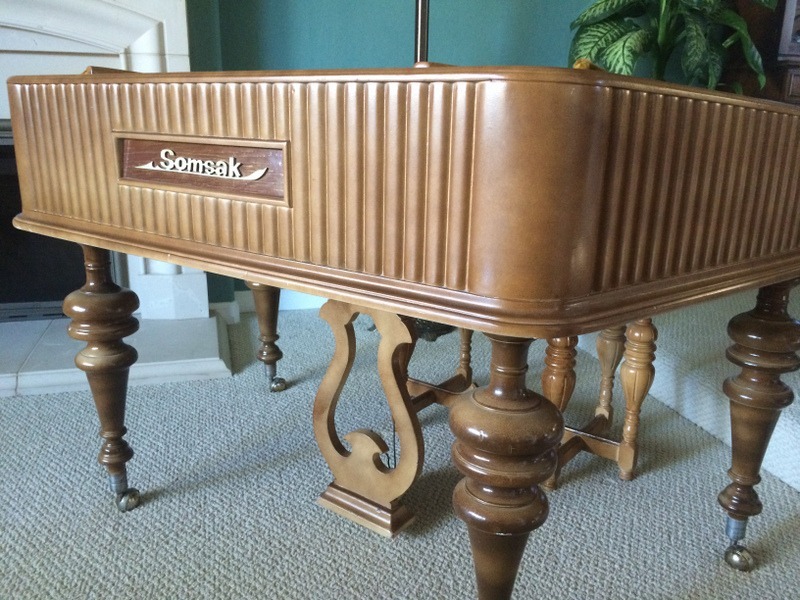 What is a Cimbalom?

Cimbaloms are stringed instruments in the hammered dulcimer family. They are predominantly associated with Hungary, but are used throughout Eastern Europe. The percussion instruments are related to the santur in the Middle East and the hackbrett from Germany. Other names or spellings used for the instrument include cimbal, cimbalo, cymbalom, cymbalum, tambal, tsymbaly and tsimbl.

In concert-sized instruments, 125 or so strings deliver four to five octaves with each note emanating from two or four steel strings.  Musicians create tones by striking the strings with 8-inch long wooden or metal mallets.  Mallet tips can be left bare, wound with string/twine or covered with varying thicknesses of cotton, creating sounds that range from bright to very soft.  Damper bars connected to a foot pedal moderate the vibrations.

Joszef Schunda is credited for inventing the modern cimbalom in 1874 in Budapest, Hungary.  Lajos Bohak, also from near Budapest, earned worldwide acclaim for his variations, and his son Lajos Bohak Jr. continued in his father’s  tradition.  William “Bela” Somsak was recognized for being a maker of high-quality cimbaloms in the United States, drawing on his Hungarian culture and his particular admiration for Bohak’s approach.

Concert-sized cimbaloms are approximately 54” wide nearest the musician, then narrowing to about 37”.  They stand about 30” from the playing surface to the ground on four sturdy legs that unscrew for transportation.  Those with steel A-frames and steel-reinforced legs can weigh 180 – 200 pounds.

Moody and fiery Hungarian folk music often is played on cimbaloms.  New and surprising videos of young percussionists give hope that the instruments will continue to live on and be shared with wider audiences.

See a list of Cimbalom Players with videos links. 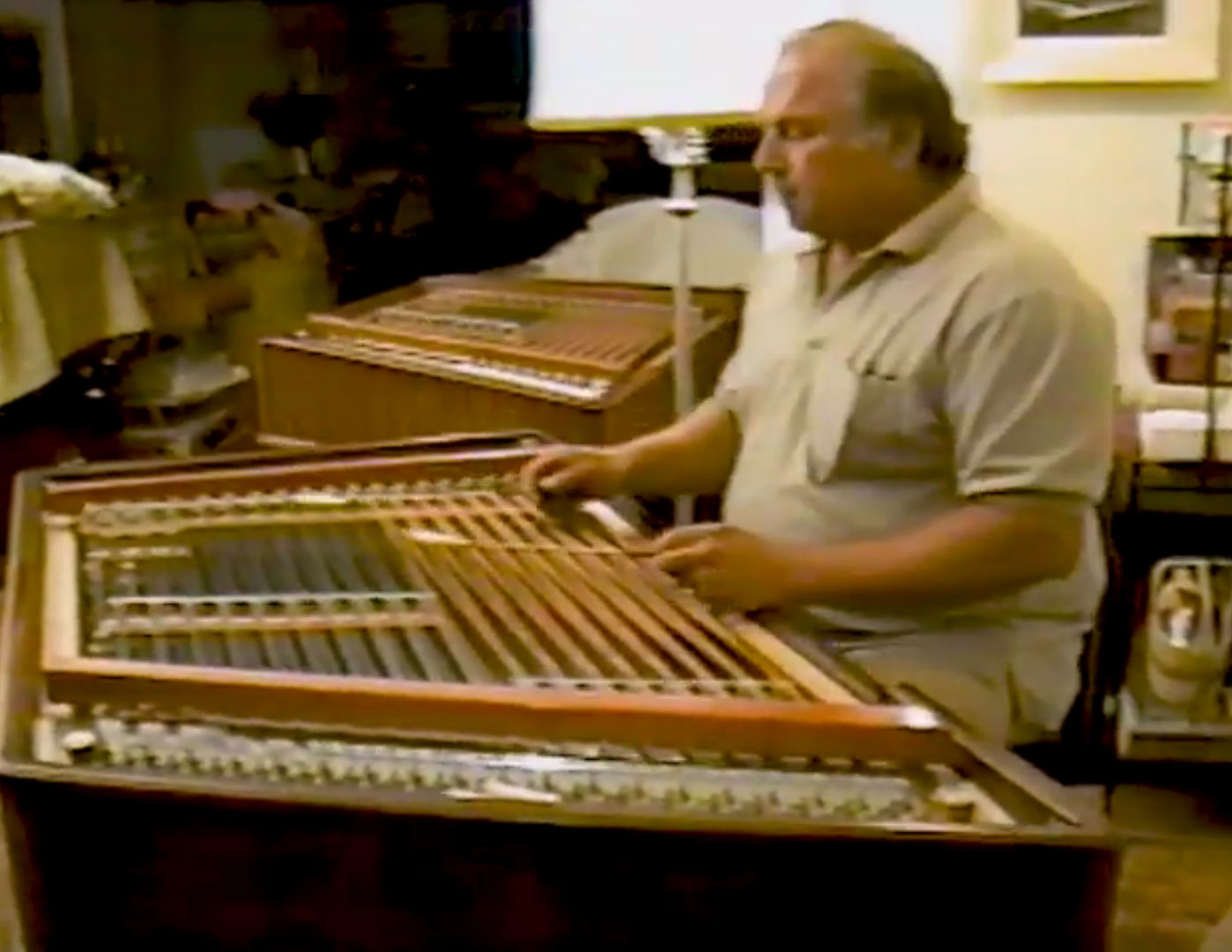 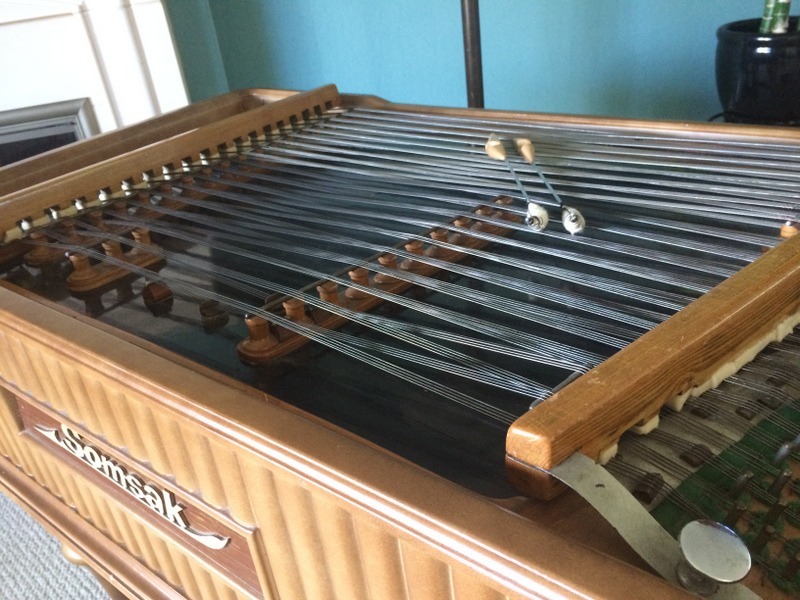 Listen to an original composition by Bela’s son, Jim Somsak 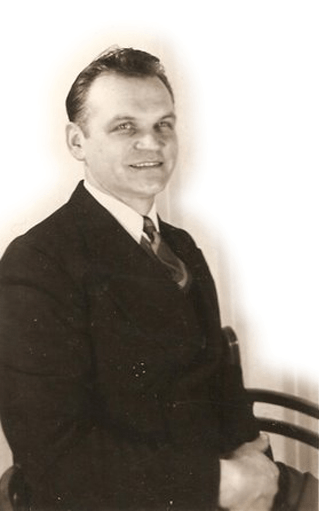 Bela Somsak was a Hungarian born, naturalized United States citizen who built a solid reputation for designing and making concert-sized cimbaloms in his new country. His hobby honored his heritage and encouraged musical training in his children, especially his middle child, Jim, who displayed a special talent for the instrument.

His initial plan was to learn a few songs on a cimbalom he bought in 1948. But he learned the instrument had a cracked bottom and problems with the tuning heads that surely would lead to warping. Bela set out to rebuild it, using his skills as a machinist and knowledge of woodworking. Soon, he had built an entirely new cimbalom except for the legs. A passion grew, leading to the design and construction of more than a dozen Somsak cimbaloms over 45 years. This site honors his memory, serves as a resource for cimbalom enthusiasts and encourages cimbalom players around the world to remain true to well-established musical traditions and to invent new ones.